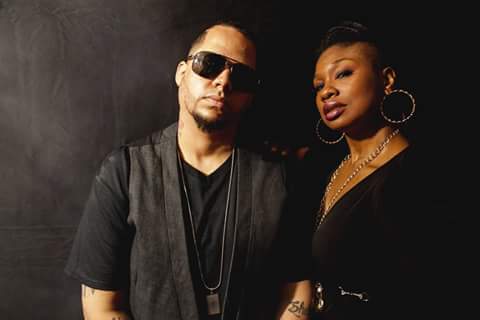 Inner Light is a cutting-edge new duo to break the Christian Hip Hop Scene. It's members, Just I.s. and B. Love have a synergistic chemistry unlike anything heard in Christian music to date. The team paired up for the love of Christ and the love of Hip Hop and R&B music after both going through their own conversion experiences. As a result, the personal goal of delivering the Gospel and giving their testimonies through their music has been their motivation.

Born in Bridgeport, CT by way of Puerto Rico; Just I was always driven and inspired by music. Growing up in a merengue, jazz, salsa, gospel, hip hop, and R&B household, he was always in tune with multicultural musical influences from a very young age. As a teenager, Just I experienced a series of moves between Connecticut, Florida, and New York. With so many constant changes during these years, music was a source of refuge for him.

Experiencing hard times, and always being labeled the "new kid", he eventually turned to the streets where drugs, alcohol, and crime became a daily part of his life. Losing his mother and best friend quickly sent him into a deep depression and a pattern of recklessness. As a secular artist for years, you could hear the pain in his music. After losing everything; his family, freedom, and faith; he decided to take a chance on something else. He turned to Jesus in hopes of restoring what was left of his life. The hard road became harder, but on November 24th, 2013; everything changed. He got baptized and a new man was born. Just I.s. Now the inspiration, the glory, and the love is the driving force that you hear in his music today with an in-your-face style you can't deny. BARS SON!!!

From childhood, B. Love has always known her calling was to entertain. Born in Trinidad and Tobago; her family influences have always been deeply rooted in music. Growing up in Brooklyn, NY - a young B. Love always felt a little different from her peers. She absorbed herself in music, art, and writing to fulfill the need to create. When her family relocated to South Florida, she stayed close to her island roots, but remained true to her love for Hip Hop music. She began singing hooks, then eventually writing songs and spoken word that eventually evolved into rap lyrics. As a secular artist, her talent slowly but surely became recognized by her peers - some even deeming her a new age Lauryn Hill.

After many life changes and struggles, B. Love found herself searching for a deeper spiritual connection, and instead fell into a deep depression and a bout with alcohol dependence -- she feel into a hole she felt she could never crawl out of. One day, she made the fateful decision to give her life to Christ, and thus the real journey began. In November 2013, she and Just I.s. teamed up to write and record their first Christian Hip Hop songs; which led to their debut album - "This One's For You."

The duo is currently promoting their "This One's For You" Tour- traveling to enlighten Youth Groups and touch the lives of anyone who would lend their ear. Their testimonies and talent are unlike anything in the industry today and undeniably worth a listen!!