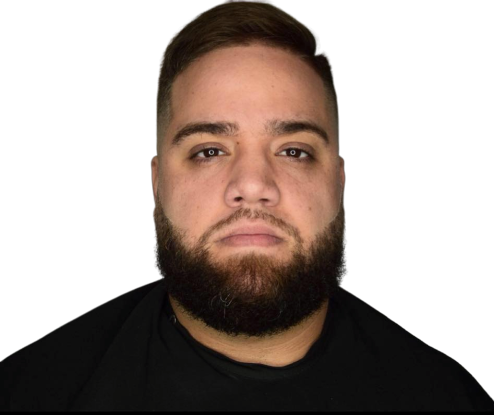 What do JUSTIN TIMBERLAKE, NEYO, and JUAN PINO have in common? At first you can say style, or perhaps you can say that there is a similarity in production. Ultimately it is the urban approach that shines through in his music. But in the end when you are done hearing Juan Pino’s album you will agree that his music is a model that the future generations of Urban Entertainers will utilize. Juan Pino, is a well-known, on-the-rise local talent that has been sponsored and mentored by Sound Power DJS, a local company serving the South Florida Community for over 30 Years. His first single called His Love Reigns! from the forthcoming Album “Eternal Place” takes you on a roller-coaster ride of emotions that could only end with the positive message of Hope that Juan Pino’s production will bring to the world of urban music.

Many plans are in the works for Juan Pino, a young entertainer who has begun a 2010 tour of youth ministries to establish his presence, and the birth of a new forum to pave the road for future artists. Mr. Pino will also be part of The Urban Entertainers United 4 A Cause Project! sponsored by MRM Advertising and Entertainment that will feature a 14 song CD to be released very soon. This collaboration of more than 20 Artists will be used to raise capital and awareness of the new movement that Heart Mind and Soul World Foundation is creating. Heart Mind and Soul World Foundation was established by MR of MRM and his wife, Maria Rodriguez. This foundation is the “pay-it-forward” phase of our lives. It was established to mentor and save the children of tomorrow by supplying them with the tools to succeed today.

“We have a responsibility to the future generation, and God has called upon us to lead them, and teach them the WAY to a better life”. M.R., CEO of MRM We are positive that this is a movement in the right direction. Entertainers have been blessed with GOD’S creative gifts for far too long but have neglected to inject positive messages in their music. It is time for the up-and-coming entertainers to take a stand to send a message to the radio and record executives that they will no longer both record and market negative music as today’s music is creating a wasteland for our youths. Too often in the news today we hear reports of our youth committing senseless acts of violence, and suicide.

Only through positive messages of love and hope in the music industry can we promote, sell, and reach a lost generation to inspire them to be positive, love one another, and respect themselves, as well as others. Juan Pino, is a perfect example of positive role models that his peers can look up to. This young man is not only a talented and well-rounded entertainer, but he is also a youth leader that has dedicated his life to deliver positive messages to his peers. This new urban movement by MRM Advertising and Entertainment will focus on promoting and selling new music from Entertainers’ like Juan Pino, whom will give birth to new positive role models in multiple facets within the entertainment industry. We are looking to change the future not only in the urban Genre but also in Entertainment as “OUR VISION IS GOD’S VISION!”